Cahoots Theatre offers a fully accessible 750 sq. ft. studio space in the heart of the Corktown district in Downtown Toronto. It is located at 388 Queen Street East, Unit 3, which is one block east of Parliament Street on the north side of Queen Street East. It functions primarily as a black box creation studio and rehearsal space but can also be used for workshop performances and private functions.

This facility is supported by the Toronto Arts Council. 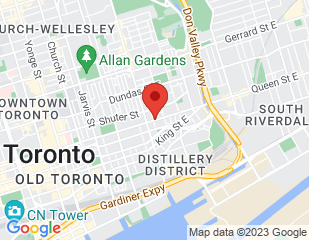